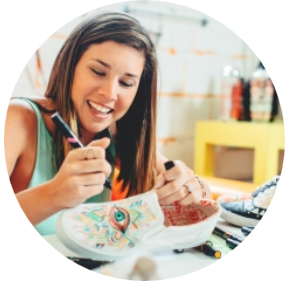 Kelsey Archila - Long Island NY USA
To call Kelsey Archila`s work "bold" is to do it an injustice. We like to think of her art, a brilliantly chaotic swirl of color and vibrancy, as a straight shot of visual caffeine. It can’t help but perk you up, whether it be on one of the many hand-drawn shoes she’s designed for BucketFeet or on her unmissable prints of technicolor animals. In fact, it was one of her dynamic depictions of a lion that clinched Kelsey’s win as the BucketFeet and SCOPE Art Show’s #MadeToStandOut artist of 2013. Since then, Kelsey has been the mastermind behind several of our best-selling styles. Though she’s based in Long Island, her art is influenced by everything from the wildlife of Africa to Aztec prints. In terms of refining her aesthetic, Kelsey says she doesn’t know where her style will lead but she remains open to the possibilities. 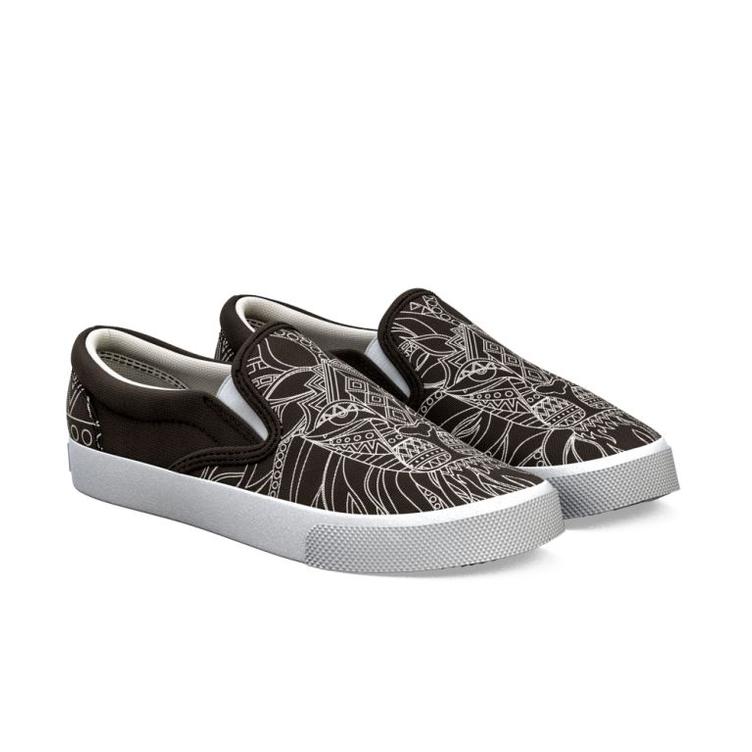 An intricately patterned lion’s head covers the upper of this premium canvas slip-on. A consummate doodler, Kelsey has taken her passion for drawing and applied it across a host of artistic endeavors, including custom sketchbooks and posters.