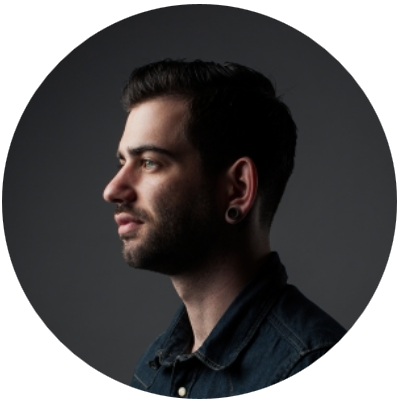 Abe Zieleniec - Chicago IL USA
Abe Zieleneic is the embodiment of the Midwestern do-it-yourself attitude. A Cleveland, Ohio-native, Abe cut his teeth in the Ohio city, where he refined his illustration and painting skills until moving to Chicago seven years ago to study graphic design at Columbia College. His artwork caters to the modern aesthetics of graphic illustration, while staying true to traditional art techniques—infusing hand-lettered pieces into his designs. After he decided to put all of his focus into graphic designing, lettering and typography was a way for him to integrate his fine art background into his work. Since graduating in 2014, he has worked on projects for LG, Taco Bell and OTHER Studio, building his own brand of indistinguishable graphic design. 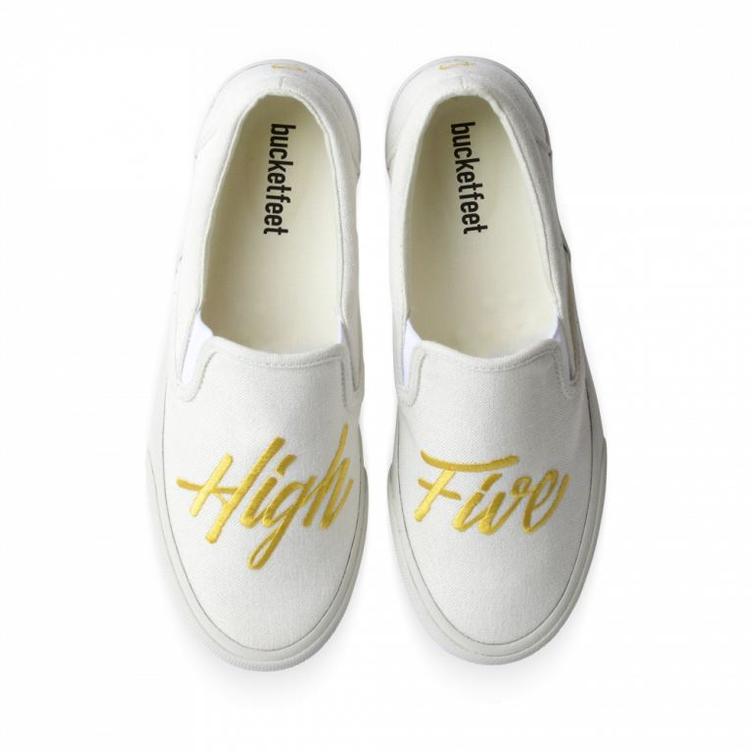 With these white and gold “High Five” slip-ons from Chicago-based artist Abe Zieleniec, you can let your feet say everything for you. This sneaker is a study in the beauty of words, depicting the curvature and line work that goes into creating fonts as one-of-a-kind works of art. With one slip into these comfort and cushion bubble insoles, you’ll be giving out high fives left and right.